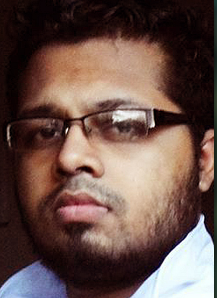 Born in Bangladesh in 1990, Kazi Mahadi Muntasir completed his graduation in Computer Science and Engineering; but his passion in filmmaking compelled him to enrol in the Department of Television, Film and Photography, University of Dhaka from where he got his Masters degree. He is a member of Bangladesh Short Film Forum. His first short film titled ‘Missing’ was selected for official screening in 14th International Short & Independent Film Festival, Dhaka, Bangladesh. It was also shown at CortoKino: Unleashing Global Cinema, Mumbai, India and 10th International Children’s Film Festival, Dhaka, Bangladesh.